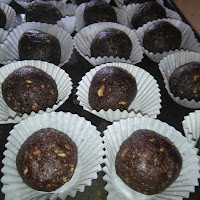 SOURCE
This recipe is adapted from one given to us in a former office life by a South African colleague.
NOTE

The original recipe called for 10 spoons of sugar and 5 of cocoa, which is far too sweet for our tastes, and for Marie biscuits, which are pretty much the same as Rich Tea. It also used margarine rather than coconut oil; the one injunction we were given in this regard is that butter is not suitable for this recipe.
Makes c.24 balls

None required.
Preparation and cooking

Blitz the biscuits in the food processor until they are in small pieces — you don't want them to be reduced to powder, but they should be pretty small.
Add the sugar and cocoa powder and process for a couple of seconds to mix well..
Add the milk and coconut oil, and process until the mixture starts to come together along the side in a large mass.
Remove from the food processor and make into small balls, each maybe two-thirds the size of a golf ball.
Roll the balls in the desiccated coconut if desired: this is as per the original recipe, but in our experience, the coconut never sticks so it isn't worth the effort.
Put the baking tray into the fridge and keep chilled. They should be ready to eat in an hour.
Suggested variations
Although we haven't yet had the chance to put it to the test, we strongly suspect that substituting one or two of the spoons of milk with rum, Cointreau, creme de menthe or similar would have a happy result... 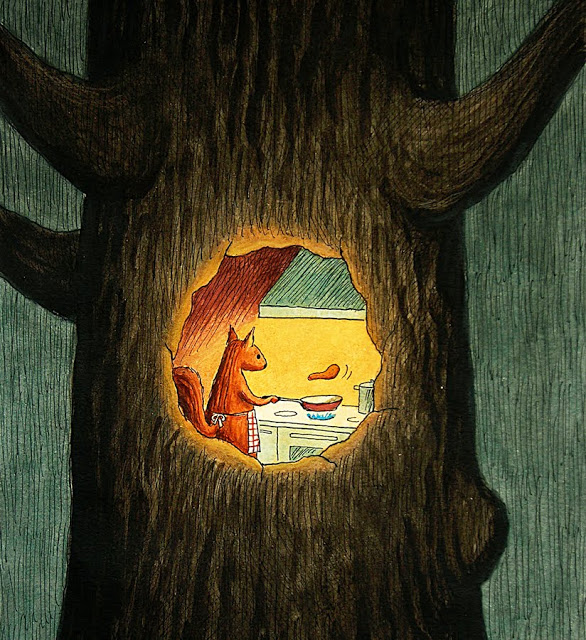